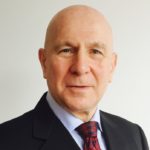 Alexander Rechter is the President of Leo Development. He is a Polish and Israeli citizen, a graduate of Yale and Tel-Aviv universities and a former Israeli lawyer. He speaks fluent Polish and lives in Poland since 2003. He has been active in the real-estate sector for nearly 40 years, in Israel, Switzerland, Canada, Germany, Belgium, the United Kingdom and the USA. In 1990 he was among the founders of the Kardan Group, which in 1994 established in Poland the Globe Trade Center (GTC), a major Eastern European real-estate developer. 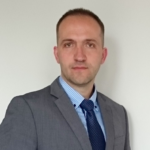 Andrzej Jaźwiński is a Proxy of Leo Development. He holds a Master’s Degree in Economics as well as attended postgraduate studies in Project Management and Real-Estate Development for Managers at the Warsaw School of Economics. He also holds a European Project Manager’s Certificate (Prince 2). Formerly he was a manager of trade and real-estate companies, as well as the CEO and the Supervisory Board President of companies from the renewable energy sector.

Iwona Janicka – Marketing Director – has over 16 years of experience in communications and media. Specializes in Political Marketing and International Affairs. She has a broad international communication experience in different sectors – technologies (Dell factory – the biggest US investment in Poland), renewable energy (BioPower), healthcare, as well as CSR programs and innovation promotion (EU Commission). Studied Political Science at Wroclaw University.

Monika Mruk – Chief Accountant – brings with her ample experience as a bookkeeper and accountant in several companies.